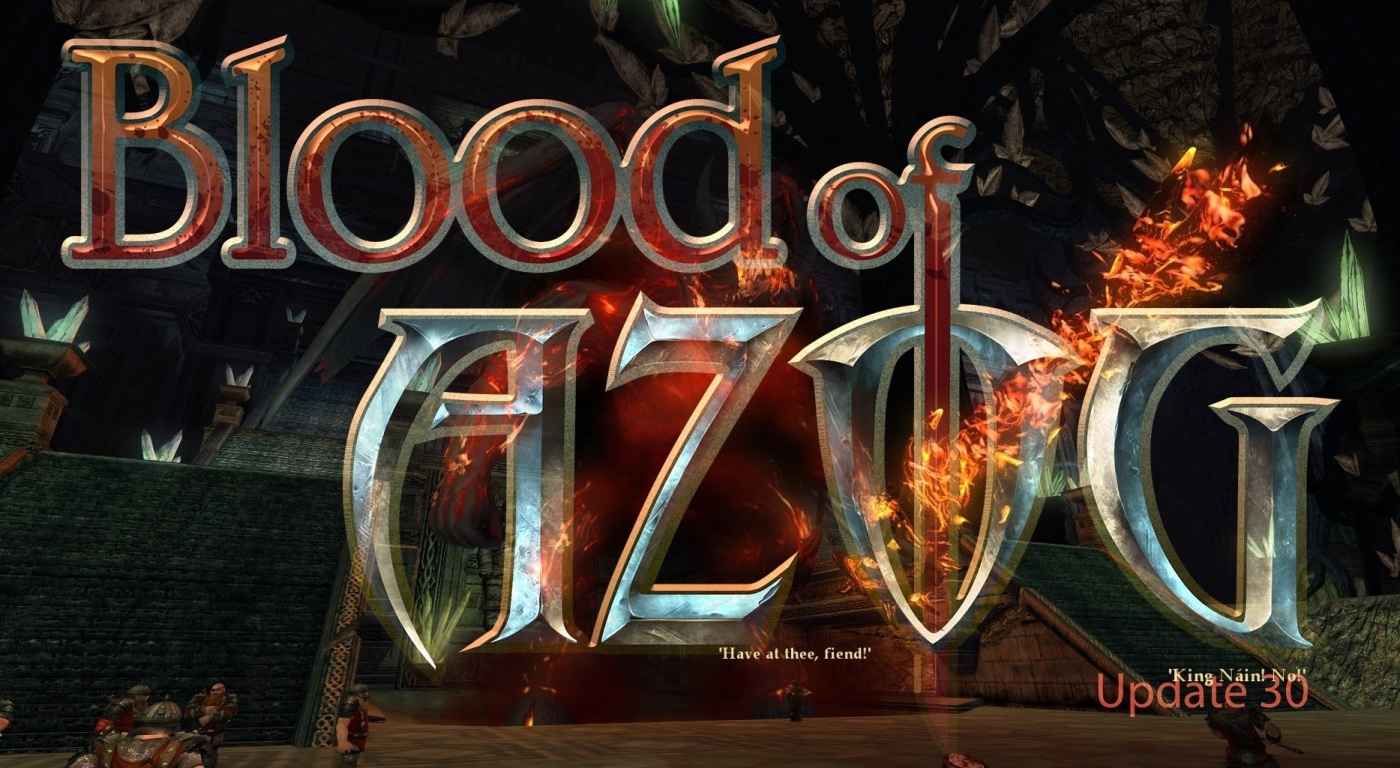 This update will lead us into the contested land of Dimrill Dale, between the Eastern Gate of Moria and Lothlórien, where the Dwarves fought against the Orcs for control of Khazad-dum.

NEW! The Fanuidhol area in old Dimrill Dale (lvl 50+ area) has been expanded and there are new bridges to explore!

NEW! A crafting recipe for Ithilgalad Component Boxes has been added to the Improved Recipes NPC – more details below!

New Crafting Recipe: check with your Guild Improved Recipes NPC and you’ll find it under T13 (it requires Honoured Master standing). It has a 6 days 18hs cooldown and it yields a purple item you can break using your Flame of Ancalamir. The final result is the equivalent of three Ithilgalad Component Boxes.

Neutral – Travel Skill to Akrâz-zahar (cost: 10 tokens of the Kharum-ubnâr).

After you complete the deed “The Battle of Azanulbizar”* 2 sets of daily quests will open:

Missions in Akrâz-zahar have their own weekly wrapper and also count towards the 2 pre-existing “On a Mission” wrappers.

Raid-wise: there’s a weekly quest to complete it raid on any difficulty and a one time short quest arc to obtain the Goat of Khazad-dûm.

The new raid is called “The Fall of Khazad-dûm“, and its entrance is located in Muru Azog, approx. where the D of -dûm is or if you want the coords, just approach the area around 67.8N, 129.2W.

For a complete guide to U30 Deeds: visit Arkanur’s forum post (LINK)

Cordovan just announced the date of the opening of the pre-purchase campaign for Gundabad expansion: Monday Sept. 27th!
Bringing the news to Instagram #LOTRO Players! Don't miss out! Redeem even if you're VIP.
The roofs of Dale & the Bell Tower.
Third iconic location this week is Bag End, in celebration of two very special birthdays!